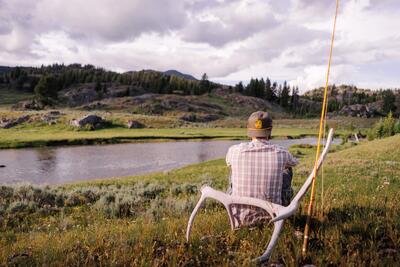 Growing up, the men in my family did a bi-annual fishing trip to the Sierra Nevada mountains in California. They put together one trip in the early Summer and another in the Fall. They're creatures of habit, to say the least. The trips fall on the same dates every year, for 30-plus years. I always saw this trip as something to aspire to, a tradition I'd like to start with my own group of friends some day. 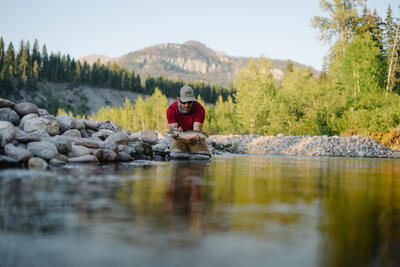 So, after I finished graduate school, my college buddy Courtney (@sculpinarmy) and I decided to start a summer trip of our own. It's been six years now. Each summer we pick a location and head out on the road to chase trout. We've explored Northern California, Central Oregon, and for the last four years, we've set our sites on Montana. We're both educators so we've been lucky enough to set aside up to a month for our summer trip. 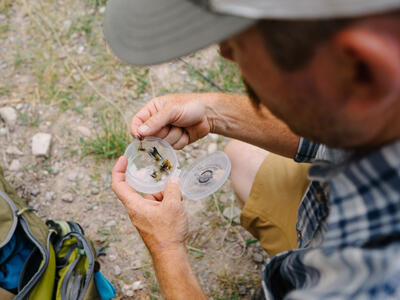 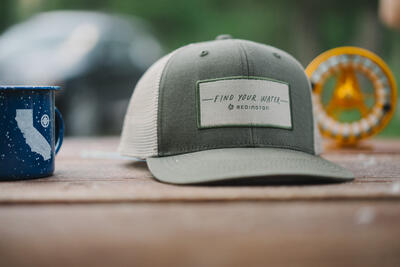 In the last few years, we've gotten to know Montana pretty well. Through friends, research, and a good deal of plain old wandering we've dialed in a couple of locations that we really like. So when we decided to start planning for this summer's trip we really wanted to focus on fishing for Montana's native fish. Although the brown trout of the Madison and the rainbows of the Missouri are the stars of the show in Montana, the Westslope Cutthroat and Bull Trout (be sure to check the regulations on these ones!) seem to take a back seat. 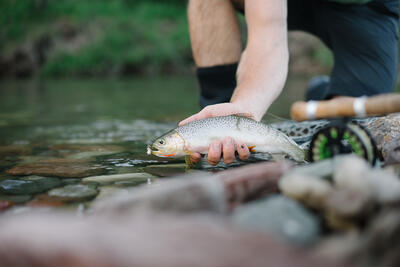 With my friend Aaron (@vanschyndel) joining in for the first leg of the trip, we hit Yellowstone Park for some Yellowstone Cutthroat. Although the fishing wasn't what it could be, it was still a lot of fun. You can't really complain when you're fishing in a massive meadow with a good buddy and a heard of Bison. 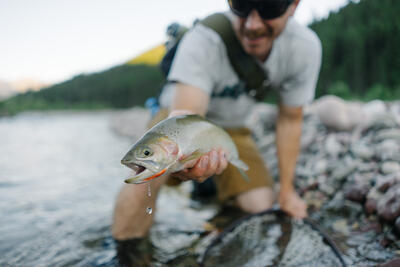 We also floated the Blackfoot River just outside of Missoula for more Cutthroat. Ultimately, Aaron and I spent a more time learning how to row a boat than we did roping pigs on the river. 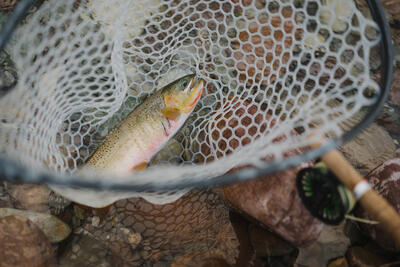 Cutthroat slaying rod. The Butter Stick was not built for the glass rod enthusiast. No, this rod was built for the angler who considers high alpine trout trophies, or for those who prefer to feel the entire rod load while delicately casting dries to a few rising fish instead of nymphing up as many as they can.

Once Courtney flew in, we shot north, close to the Canadian border for one of our favorite watersheds. We spent nearly a week camping with almost nobody in sight. Every morning we'd toss big streamers with big rods. Just in time for the evening hatch, we'd find our way to a little tributary as the Westslope Cutthroat started to rise. It was the perfect combination of big fish hunting and plentiful dry fly action. In all, the trip was pretty simple. We didn't try to hit every river in the state, or all the big name spots. Moving a little more slowly gave us time to get to know the undercut banks, hidden boulders, and likely holding water. 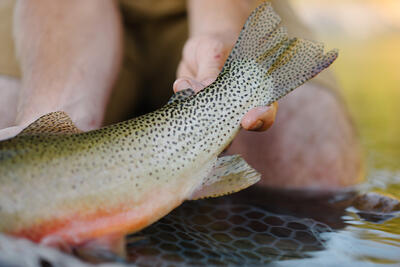 Six years deep into our summer tradition, I'm pretty confident that we'll be doing this for years to come. Weddings, home purchases, and kids might keep us from month long trips, but the fun certainly won't stop anytime soon. We're already throwing around some ideas for next year's trip. If you have any great ideas, don't hesitate to reach out!